Difference between revisions of "Anthropunk" 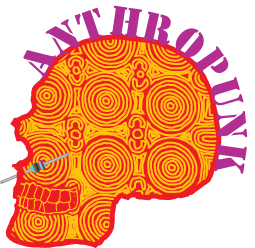 Founded by Dr. Michael D. Fischer and his research students.

Sally is a founding member of AnthroPunk

Sally maintains and posts on Twitter @AnthroPunk and at Sally

"AnthroPunk - how people promote, manage, resist and endure change; how people hack their lives (and those of others) - living the world not just in it. AnthroPunk is a new label for a number of older ways of conceptualising people and their constructions. Foremost, the individuation of people and their experiences and an explicit recognition that their lives are interactive, not driven by rules, scripts, schemata or frames, but by the creation of these. Context, like culture, is an outcome of human life, not the cause of it. Individual people collectively make the world around them, not only from the materials and ideas available to them but from new materials and ideas they construct. There are limits imposed by materials, but the application of ideas constantly transforms these into new possibilities, and new limits.

AnthroPunk, the label, is itself a transformation of Bruce Bethke's Cyberpunk (1983). The cyberpunk ethos is often described darkly:

AnthroPunk is a wee bit more positive, though recognising that Sterling's concerns reflect too many people's experiences. We adopted the term in part because it is a lot less boring than the terms we used before, instantiation, ideation and material construction and because it lets us jettison a lot of ideational baggage from the past, while still building on it. But most particularly, we are concerned with a lot of the same themes as cyberpunk: how people will use and abuse the new possibilities stemming from 'information technology', where the translation of idea to 'reality' is much more immediate and where, in a stroke, many of the constraints of the past are diminished."